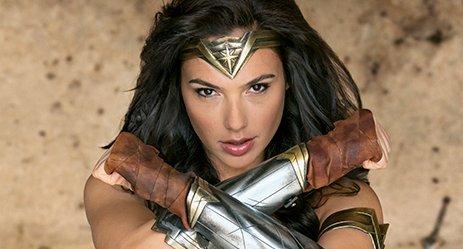 Tonight I was blown away from watching Wonder Woman on the big screen! She is the epitome of a Hero’s Journey. As a child growing up amongst the Amazon women yearning for something bigger in life. She was overshadowed and protected by her mother. None-the-less, circumstances prevail and she stumbles on her calling to go forth and “save the world”! This was her dream, her passion to make a difference in the world, to make it a better place. At the start people doubted her, and thought she was bonkers but she stood fast in her dream.Throughout her journey to defeat evil in the form of a God named “Aires”, she built her small band of followers comprised of average men who were not the #stereotype macho men you would consider to be Hero’s, much to the contrary. Set in WWII, these men were driven by money and what’s in it for them, rather than putting their lives on the line to confront the Germans and put a stop to the war. They felt, “what could I do?” The war is bigger than me. <Self-Limiting Beliefs>

After a while they saw what this woman was capable of achieving and started to follow her without monetary gain as the mission became greater than themselves. They saw her push through barriers, defy the impossible that even a whole military army was unable to achieve. Through wonder woman’s conviction and relentless determination she showed the men (indirectly) that one person could make a difference in the world, no matter what. Where she was told that it was impossible, and people mocked her because she was a woman, she made it possible by her actions. She looked fear in the face and took it on.

At one point in the film wonder woman reached a crisis point in her hero’s journey. A point where she lost her self-belief and faith in humanity her grasp on her reality which paralyzed her. It was at this moment, her band of men needed her the most and she was shrouded in self-doubt and wasn’t able to help them or give direction. The men decided to take on their mission despite Wonder Woman’s state. Previously they would have buried their heads in the sand. Shall I say she helped them break out of their comfort zones?

These men became “Heros”, “Leaders” because one woman showed them “How” by her actions to be a “Leader of their own Lives”. She lead by example, and that example resonated with her small army.

As a leader, sometimes we cannot be there to solve other people’s problems but the true test of a leader is how your team reacts when you’re not available to provide that “guidance and support”. This is true Leadership, creating confidence and empowerment within your teams so that they can perform without your support. A Leader creates Leaders! A leader that hides information so that they “look good” and the team cannot function without them, doesn’t constitute great leadership. This results in dis empowering teams and demotivating staff.

At the peak of the movie she faces her Nemesis “Aires” and he has his own personal motives. He was tempting wonder woman to “join him” and showed her how evil humanity was and how the two of them could make the world “Perfect”. Wonder woman pondered the notion for a brief moment seeing how life could be like but realised that it his intentions were not for the greater good and so she took the path less crossed and a battle of good vs evil took place. <Spoiler alert, stop reading if you haven’t seen the movie> She realises that her intentions, greater purpose was coming from a place of “Love” and defeated the evil “Aires”God, and sent him packing.

At the end of the day wonder woman comes to the realisation that it’s not her job to “save the world” but that humanity had a “Choice” to save themselves. Again as a Leader it is our duty to be the role models for our teams, to show them that we can make the impossible possible despite whatever obstacles lie in our way. This builds resilience, tenacity and true leadership. As Leaders it is our responsibility to come from a place of “good intentions”, always remember that the people we lead are looking up at us as “role models” someone to believe in so that they can make the impossible possible….SHOW THEM! NURTURE THEM! GUIDE THEM!

Bottom line, everyone has a choice in life to either be a Leader of their own lives or a follower and I know what side of the fence I want to sit on….how about you?

Paula is Australia’s leading Teenage Leadership Strategist and Cognitive Scientist with over 20 years’ experience in Medical Research and Pharmaceutical Industries, with a strong focus on People Leadership. Having worked in the full circle of Management, Science and Social Intelligence Paula is the perfect commentator and advisor on mindset, motivation and momentum in Teens.

Download my Top 10 Tips for Creating Confidence to Conquer Life