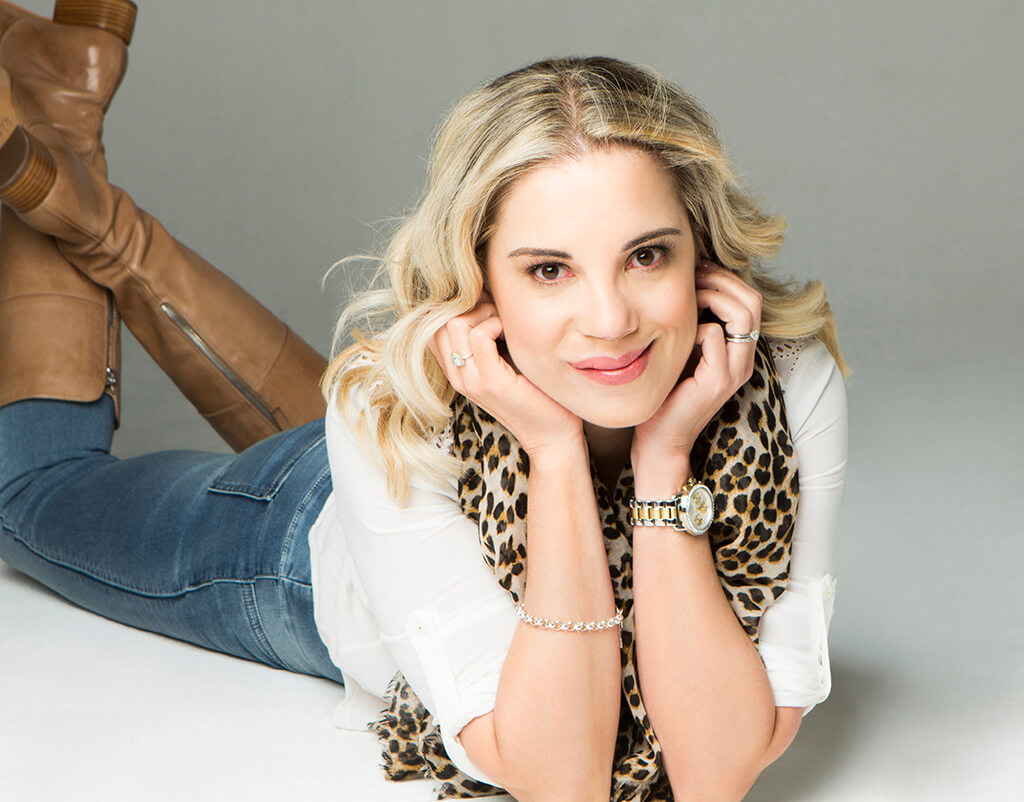 Today marks the 8th year anniversary of the death of my mother, Katherine to Heart Failure. I wanted to honour her memory by writing a Blog about 6 things she taught me about Leadership and how that applies to my Leadership Style today.

My mother was a simple lady who was born on one of the Greek Islands – Symi in 1931. She was the eldest daughter of 5 Siblings and didn’t receive much of a formal education due to the impact of WWII and of course being female didn’t help either. She was educated in other ways, such as how to care for her family, how to be an awesome cook, a dressmaker, home keeper and dished out unconditional love and of course discipline where needed too <aka Wooden Spoon>. So you may be wondering without such a “formal education” what could she possibly know about Leadership being a Housewife and Mother?

1.     Leadership starts with being Authentic

Mum was as authentic as they came. Being of Greek stock, she could teach you a thing or two about things you wouldn’t have learned at School. (Think “My Big Fat Greek Wedding!”) She embraced everything about herself including her imperfections. Life was hard for new Migrants living in Australia during the 1950s when the policy was to “Assimilate to the Australian way of Life” and yet retain who you are within that framework.  Learning a new language, culture and being on the other side of the world away from Family and Friends. In those days, they didn’t have the support networks that they have today whether its financial, educational or otherwise. You were basically left to fend for yourself. So as a good wife she joined my Father in Australia in 1958. I must say she was 20 years old and pretty gutsy to travel 1 month on the P&O Cruise-liner to a foreign country. I had a meltdown when I moved from Wollongong to Sydney when I was 25 years old for work and that was only 70km apart!

As a Leader are you being true to who you are as a person, are you internally aligned? How do you know? Internally, your head, heart and gut feel inner peace. Externally, displayed as who you are at work vs who you are at home vs who you are with family and friends? If you’ve managed to harmonise your authentic self on all levels of life (internally and externally) you’re doing an awesome job and are already ahead of the pack. The more authentic you can be, the less energy you will need to extend on creating that mask, that image, that pretense. Which will open you up to more opportunities to create magic within yourself and your teams.

Integrity was one of Mum’s highest of Values. She had an internal moral compass that guided her every step of the way. It reflected in the way she organized and went about her day, in her home duties she worked with pride and she always thought about how everything impacted those around her. She lived her life in a way that she treated people the way she wanted to be treated. She treated everyone with the same courtesy and respect and was always polite. Unless of course it went against her moral compass. But even then, she had a degree of Tolerance but when crossed not even the Greek Gods could stop her!

There were times in my life growing up where I was bullied and she wasn’t afraid to stand up for what she believed in to protect those she loved. I recall this one time I was on a Community Bus in year 8 and was getting my regular daily dose of teasing by a group of boys from another school, this was my morning ritual. Monday to Friday. Relentless. One day, my mother decided to board the bus as “another passenger” oblivious to the menaces, and she sat there watching and listening how they carried on. As they were disembarking she slapped each one on the head and yelled at them belittling their actions and humiliating them in front of the entire people on the Bus. Even the bus driver took note. I was mortified but it had to be done, it was the only way. I tried, ignoring them or acting like my heart was made of Teflon but in the end this passive action, didn’t work. From that moment on, the bullies didn’t touch me since.

This got me thinking about Leadership. How many of you in Leadership or in the workplace would stand up for a colleague if you saw something unethical or untoward? Even harder if what you’re seeing is coming from those in Leadership Positions and you’re junior to them. What would you do? Would you merely sweep it under the carpet and live with it because you feel like there’s nothing you can do or those that have tried in the past were victimised themselves or that you will be victimized too if you spoke out? I’ve seen this play out many times in corporate. But the problem is that by doing nothing results in enabling this “bad behaviour”. By enabling this bad behaviour, gives that employee the permission and freedom to continue without consequences of their actions. They know that they can win, because they are rule breakers. The rest of us, sit by in “Passive Mode” not wanting to “Rock the Boat.” Why? Simply because of Fear.

Mum always made the time to chat and always listened to my every word. She listened with such enthusiasm that it was amazing how much I’ve missed that over the past 8 years.  I would call her up every night at 7pm and she would be quick to answer the phone. Whether we chatted for 5mins or 1 hour there was always something to talk about, however, minor. It just seemed engaging, it was never boring. Engaging because she cared about what I had to say.

As a leader do you care about what your team is saying or are you just waiting to respond back with a “clever answer”? How is your internal compass? Do you like to received feedback from your peers about your performance or do you internally know that you are doing a great job? How disconnected are you with your team and the overall team morale? Are you influential in your leadership style or do you need to crack the whip to get your team to follow orders?

Mum always valued people and always put others in front of herself.  Sometimes a little too much. She would even welcome the Jehovah Witnesses’ in for a cup of tea even though we were Catholic and were not in the market to convert. None-the-less, she made them a cup of tea and they sat there talking Jesus for an hour. Everyone loved my Mum, whenever someone came over she would always offer them something to eat. Being the good Greek woman, she was, it would be rude and impolite not to. I would chuckle to myself, when people would drop by and she would force feed them Moussaka! Hilarious!

Being born with a birth defect I had to overcome many obstacles both physically, emotionally and mentally. There were many times in my life where I’d feel overwhelmed with sadness or feeling helpless about changing circumstances. One thing that my Mum excelled at was helping me build a resilient mindset to life’s challenges. She’d do this in a few different ways, she’d either tell me some old Greek folklore that was handed down by her Elders. Or listen to fairy tales, I kind of felt drawn to the ugly duckling story. Or pull out the Jesus card and tell me how Jesus suffered on the Cross for our sins and what he went through. In some way, it gave me comfort to know that whatever I was going through Jesus had it much worse. I know we all have our opinions on Jesus, but for me, he did save me in times of despair when no one or nothing in this world could.

Although I grew up in a disciplined household, no matter how small an achievement my mother was always there helping me celebrate. Whether it was riding a bike with no training wheels or graduating with a Masters from University. The level of enthusiasm was always consistent.

As a Leader, how are you celebrating the small wins with your team? When your team does well do you just palm it off by saying “It’s their job” and do you come down hard with punishment if something goes wrong and start the blame game?  This kind of reward/punishment style of leadership works well for those who thrive in that kind of environment.  For the rest that excel when rewarded, do you realise that you’re at the heart of creating “Burn Out” and “Adrenal Fatigue” in your team?  Working in a fearful environment long-term leads to “Burn Out” and “Chronic Illness”.  Being in “Fight and Flight Mode” for 8 hours day/5 days a week over 48 weeks a year is no wonder we’re getting sicker.  I don’t know about you, but 10 days of sick leave per year doesn’t seem justifiably enough with this type of Leadership Style? What do you think?

Bringing it altogether, as a Leader how are you leading your team? What kind of Leader are you and what are your 5 things that you are bringing to your Leadership style? Are those 5 things supporting you and your team’s success? What people in your life have you admired and have shaped you into the Leader you are today, please feel free to share your stories in the comments below, I would love to learn who your role models are? It goes to show, that a Leader comes in many shapes and forms and doesn’t necessary mean that you must have an MBA and have run large Global Scale Companies to be an effective leader. Although I’m sure it does help at times. Of course, whatever leader you chose to be depends on the Values and Beliefs that you possess within. The decision lies with you, Create the best version, and become a Limited-Edition Leader. Then you can truly Create a Life with No Limits.

Paula through her years of experience, years of training both in the traditional and non-traditional sense, realises that Leadership has evolved and aims to fill the talent gaps and provide those critical life skills for New and Emerging Leaders in Industry. So that individuals can not only survive in the short-term.. Read More

Download my Top 10 Tips for Creating Confidence to Conquer Life